Welcome to the real internet! This is a web site. It is entirely owned by me, a human person, without censorship or contractual obligations to third parties. It is produced and hosted using only free, publicly licensed software  —  mostly that I personally wrote.

I am Chris X Edwards. 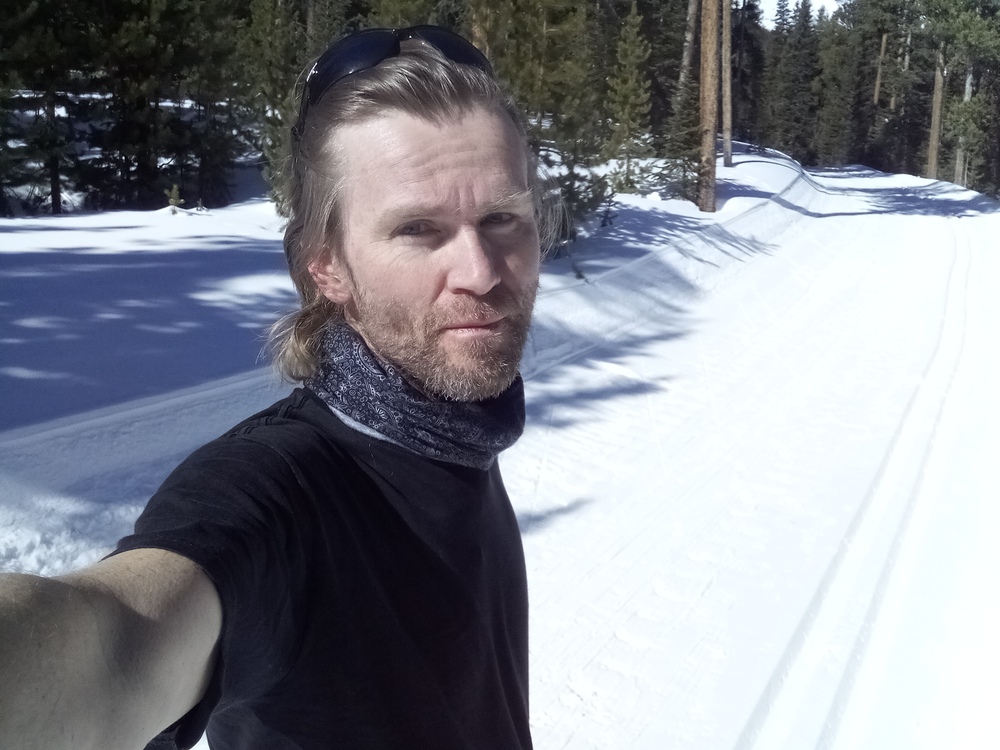 In my last job I was actually paid to convert a dumb speedboat into one that was considerably less dumb. I'm extremely proud of how that turned out. Here is a photo of me letting my autonomous boat drive itself out of a complex marina area in a fast moving river. 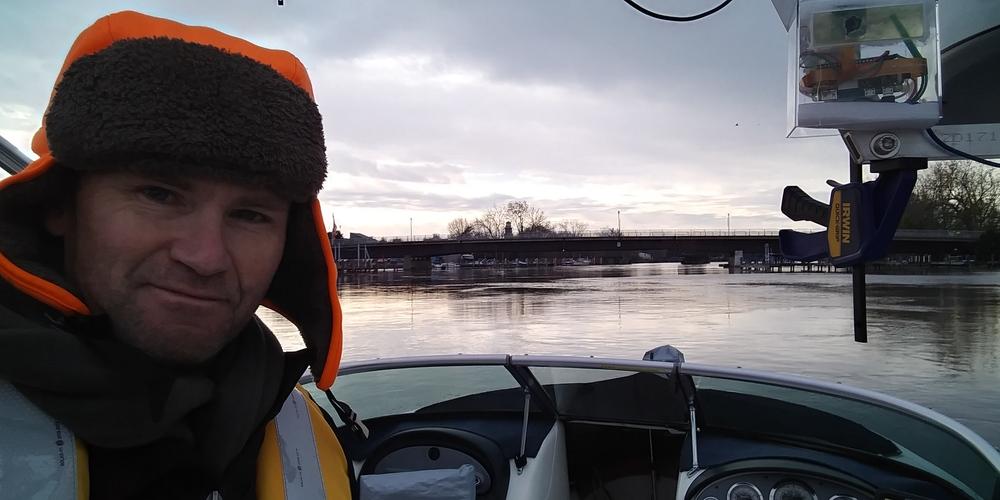 And if you thought your engineering failures ever seemed ominous, the units for my factor of safety was "minutes after a failure until I go over Niagara Falls".

If you're interested in hiring a heavy duty multi-disciplinary technology expert, you should definitely let me know. I have a proper engineering degree and background, but I am unusually good at solving hard problems with computers. I especially like writing high-performance software (in C, C++ ) that actually uses computation to solve real problems. I also like Python and Bash. I am very experienced in modern machine learning practices from data collection and labeling to model creation to training, tuning, and debugging. I am a decent electrical engineer and am very good at writing efficient software ideally suited to microcontrollers. I very much enjoy working with OpenCV and computer vision projects. I also am an expert in 3d modeling and simulation.

I am a serious unix expert; I have used only Linux since 1997 which is why I can gratuitously show off by typesetting my resume with groff  —  just like a man page. Check it out here.

Cursed by literacy, I write a lot  —  more than anyone could possibly care to read. Mostly it's stuff I like that you will definitely not care about. Sometimes though I write about very cool technical things that other nerds may find interesting.

Here's the link to the whole collection: https://xed.ch/blog

Here are the most recent posts.

You know what's harder than writing high quality software? If you said "making it available over the internet", perhaps I can help you because that is certainly not true for me. Which is why I just wouldn't feel right about saying my software is good if I couldn't host it myself. I think it is good. Here are some of my projects  —  you can decide for yourself!

All of my projects can be found here.

Are you trying to find my technical notes? Or maybe you're interested in hiring me but aren't sure if I'm one of those fake computer nerds. Well, my technical notes should make your eyes glaze over in a hurry and demonstrate that I've been at this computer nerd stuff for a while. These are just my personal notes, but they can give you an idea of how I solve hard problems with computers and how seriously I take documentation. Here are some highlighted examples.

The full collection is here: https://xed.ch/help

Some people believe that the internet is dying. It is being killed by walled gardens and a lack of decentralized content. When search engines become gatekeepers, the searches are subverted by rational actors trying to game the system. I do not know what the big picture answer is, but putting all your trust in one company to safeguard the integrity of the internet has not proven very effective.

Note that if you reload it, it will default to a new random search engine  —  spread the love!

The best way for polite and literate people to communicate is with email and, for the past 30 years, that is how I have preferred to communicate with random internet strangers. Send me an email and I probably will send you one back! I get all email addressed to my domain (which is xed.ch). For example, maybe try my first name "at" that domain.

Discord
cxed#5242 I don't mind Discord. They seem ok. But if our live communication ever becomes really important, we can use my IRC server which is actually secure. For voice and video chatting, it's probably fine.
Microsoft GitHub
https://github.com/cxed Note that all of my software is primarily hosted by me. Publicity backups to GitHub may lag the latest versions because I do not depend on a single-point-of-failure platform at the mercy of MSFT shareholders to host simple files on the internet. Or to do basic version control.
Twitter
@chrisxed Twitter is a vulgar disgrace! I don't mind the concept behind it, but with rare exceptions it is properly practiced by nobody. I actually host my own short form message publishing created with my own custom software. As a courtesy, my software sends these off to Twitter for those who are thereto addicted. More discussion here.
Google
I am one of the last humans whose intimate secrets Google does not know. Nonetheless I am happy to play along if you like Google video conferencing and calendars and stuff like that. Send invites to such events to: chrisxed at gmail.com
Microsoft LinkedIn
https://www.linkedin.com/in/chrisxed/

Sadly no. I registered the domain while living in Switzerland. Unlike other TLDs this one seems historically pretty stable. I learned enough Schweizerdeutsch while living on a farm in Switzerland to be hilarious to the Swiss and horrifying to Germans. Du kanst mir schicken zufaellige Fragen ueber Englisch und Leben in der USA.

What does your middle initial stand for?

It stands for  —  like a variable  —  my middle name. In my personal orthography a period is strictly optional and can be used or not at your whim. Fun fact: Mathematician B. B Mandelbrot also has a middle initial which can correctly be abbreviated by omitting the period. The Harry S. Truman Library insists on a period in its orthography but apparently H. S Truman was, like me, more flexible. Also interesting is U. S Grant. Also R. J Squirrel and B. J Moose, better known as Rocky & Bullwinkle.

Where do I live?

I have lived all over the world. I learned English where it was invented. I lived for many years in San Diego, California but moved to western New York for a job. A job that has run its course. The next time I move my job will no longer need to be such a tedious constraint. Although the Niagara River region is nice, it is quite likely I will be moving somewhere nicer yet. I'd love to return to Alaska or some other place with a proper winter while the concept still exists on this planet.